InsideTrip – A new spin on the Mega-Travel Search model

Farelogix and ITA software: An update on GNEs 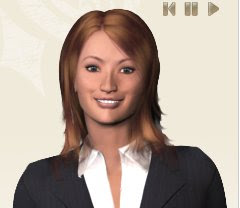 Alaska Airlines has introduced an avatar interface called Jenn on its Website. My longtime blog readers will recall me mentioning the historic Knowledge Navigator video that was introduced at MacWorld in 1989 and my belief that an intelligent assistant would truly be a killer app for the travel industry. Even though the Navigator concept eventually led to the disappointing Newton, the concept of having an avatar assistant continued to be tried. Way back in 2000, Eurovacations (a site created by Rail Europe Group and U.S. tour operator Avanti Destinations) introduced an avatar to assist in travel planning. At that time the underlying natural language search technology was not yet developed and thus Eurovacations dropped the avatar after about a year.
Interactive voice applications have been part of the travel reservation process for many years but this Alaska avatar is the first example of combining interactive voice, natural language search and an avatar interface all developed by NextIT Corporation. I caution the reader not to misinterpret my comments here. I am not saying the new Alaska airline interface can replace human interaction. In a way the innovative avatar approach simply mimics help applications that have existed for years. What may make this avatar approach work now other than the new technology behind it? We are in the midst of a generational shift where young adults who spend much of their free time with games such as World of Warcraft are entering the work force. In addition, even though SecondLife has lost lots of its luster it has brought the concept of computer animated avatars into the online consumers’ awareness. Jenn is an application to watch.