Farelogix and ITA software: An update on GNEs 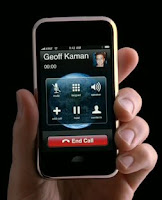 Yesterday’s announcement concerning the availability of the iPhone SDK (Software Development Kit) is significant for potential travel application developers. The iPhone has shifted the focus from cell phones to mobile Internet devices with the first full function mobile Web browser. Applications written for the iPhone can be downloaded directly from the Internet bypassing the traditional walled garden of the wireless providers. The announcement specifically emphasized application development for the business market to compete with RIM’s Blackberry, the leading corporate smartphone. Venture capitalist firm Kleiner Perkins Caufield & Byers announced it was creating the $100 million iFund to help new developers for the Apple handheld platform. As a result there is a lot money on the table to encourage developers to create corporate oriented apps. Are you listening travel software vendors? That’s the good news.

The bad news goes to the heart of what Apple is about: proprietary software. Though the iPhone design is truly revolutionary, the corporate strategy of a proprietary operating platform environment may constrain development. There is fear among developers that Apple will limit the ability for third-party developers to distribute apps, in the same way they did with the iPod gaming market In addition the ability to write the application once and have it shared across devices is impossible with this proprietary approach. For example many of the current mobile applications are written in Java which can run any device that has a Java Virtual machine (JVM). This week Apple also announced that they will not support a Flash Virtual machine on the iPhone limiting the use of Macromedia’s Flash, a very popular way developers have added animation and desktop functionality to Web apps. In addition, the Telcos are not happy with Apple as the iPhone has eliminated the revenue associated with the control over application distribution that has been a driver for the walled garden approach. A slew of new iPhone like devices is already hitting the market with many more on the near horizon. Apple has again been pivotal in the development of new platforms as it was in the creation of the personal computer, but may fall victim to the same low marketshare fate if open applications environments such as Google’s Android platform take hold allowing a more practical path for cross platform mobile application development. I don’t believe we’ll see the iPhone’s share of the mobile market diminish as it did in the early days of the PC, but limiting third party application development is never a good thing in the age of open source computing.