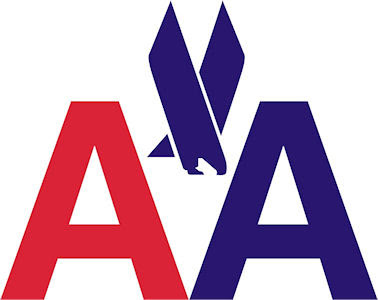 On a conference call discussing 1st quarter results with analysts, Gerard Arpey, CEO of American Airlines was asked” What kind of distribution cost savings might there be out there?” His response was very unnerving for travel agents and the GDS:” We’re still paying much higher levels of commission and booking fees, and a lot that hinges on the use of technology and the competitive environment, because of lot of those commissions or overrides or booking fees are paid in order to stimulate traffic. If we can as an industry do a better job keeping the supply of seats in line with the demand, then that will help us on those fronts.” The line that triggered a strong reaction from travel agents was this ” I can see a day, and maybe I’m dreaming here, where those folks who are the intermediary between us and our customer have to pay for access to our product rather than us paying them to distribute our product.” This brings to mind a number of points.

First, for the airlines to truly manage their capacity and fares based on demand they need to move away from a focus on an individual flight’s profitability and better understand who is truly their customers and how to better forecast their demand. Overrides emerged in the 1980s during an era when the airlines still owned the GDS and used display bias to allow a travel agencies to earn override commissions if they switched GDS systems. This was an age before direct airline corporate discounts and the major airlines continued to rely on travel agents for corporate account management. In 1992, Robert Crandell, Mr. Arpey’s predecessor, introduced”Value Pricing” The plan was designed to make fares simple, sensible and fair. It offered customers travel flexibility, and was a major revision to American’s fare structure. The aspect of Value Pricing that the general media missed was that it essentially canceled all existing corporate agreements. At that time, corporations did not receive a direct discount based on overall volume, but creatively used available meeting fare discounts to provide broad discounts for their company’s travelers. About a year later with the failure of Value Pricing, the major airlines began negotiating corporate direct discounts. Since this has been the norm since the mid 1990s, one might believe AA and the other major carriers have amassed a vast knowledge of corporate travel patterns and thus could project demand more accurately. Sounds good, but this true demand analysis seems not to be in airlines’ DNA as most still look at the profitability of a given flight not overall customer performance when calculating overall demand. I don’t believe that things today are quite as bad as when I was in sales at UA back in the late 1980s and I was told that the company had created their forecast for the next year, but forgot to include the sales force estimates. That’s right UA as a major carrier would forecast demand without incorporating the forecasts from their sales force. I am not sure if we could find another industry where this type of absurdity could exist. No doubt in today’s world, carriers such as AA do take into account corporate account volumes and measure closely their performance against contracts, but I doubt that this analysis is used to forecast demand as the airlines continue to be ruled by yield management goals for a given flight.

The second point concerns ineffective incentives to distributors. Overrides are paid to large corporate TMCs and large online players. The absurdity of the distribution discussion is that time and time again the airlines have missed platform shifts, such as the emergence of the Web in the mid-1990s. This has in turn allowed new entities to emerge such as the Expedia and Travelocity as major online distributors. The airline’s effort which formed Orbitz was a strategy to limit the OTAs’ power, but as everyone knows ended up being sold to what became Travelport and thus reinforced the hand of the online distributor. I agree that ineffective incentives should not be in place, but the reality is that the market strength of the leading TMCs and OTAs forces the airline to play the override game and if not, could result a negative selling campaign against non-preferred carriers; a situation which has happened many times over the years.

My third point comes back to my favorite subject, mobile technology. It is my strong belief that mobile technology represents a new platform for travel distribution. Most carriers have simply extracted their current Web booking platform and transferred it to the mobile Web. This misses the broad opportunity to create location-based, contextualy relevant and personalized information delivered to the airline’s best customers through a network enabled, downloadable app. Will the mobile platform create new powerful intermediaries who will demand higher compensation? This is possible considering the overall travel industry’s view of mobile as a customer touch point rather than a new distribution platform. The major airlines’ aspirations to lower distribution costs and reverse the flow of money back to the airlines is a legitimate goal, but unlikely in the near term, though Lufthansa continues to pursue this effort in Europe. What is more significant is how the airlines again may miss a major technological shift, and thus allow new intermediaries to emerge who will continue to demand compensation.