Will Med-Tech Save the Travel Industry from Covid-19? 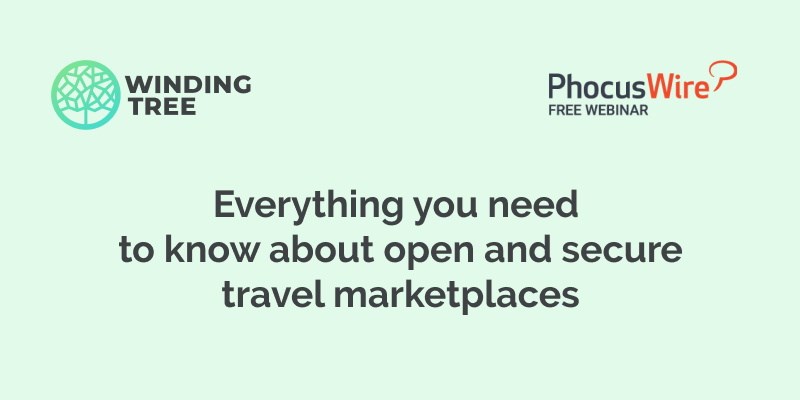 It was a Sunday afternoon in 2013 and I did something I normally don’t do; I checked my Facebook feed (I’m not a big FB user). There I discovered a Meetup for Travel Startups scheduled for the upcoming week in San Francisco. It happened to coincide with an event where I was speaking earlier in the day, so I decided to attend. What I found was a group of young entrepreneurs (about 20 people) all trying to create the next killer travel site/app. I sat next to a software developer named Maksim Izmaylov and after the meeting Maks and I started the beginning of many conversations about the challenges software developers face in obtaining API access to innovate in the travel sector. We both agreed there must be a better way to allow the broader software developer community to drive innovation by building against industry APIs. Maks first effort was to form Travel Tech Con, an independent conference for early stage travel startups based in the San Francisco Bay Area. A few years later Maks and his business partners embraced blockchain technology and embarked upon building the first open, secure marketplace based on distributed ledger technology. I was enlisted as an early advisor to Winding Tree and I have been working with team for the last three years.

It is hard to be a disruptor. Maks’s presentation at the 1st Phocuswright Battleground Americas in 2017, was not well received. Maks essentially described a vision where an open blockchain platform could be the foundation for travel distribution, eliminating the middlemen. Many of the Dragon’s questions focused on “how do you make money” rather than understanding the seismic change that blockchain technology could bring to the industry. As Maks was determined to first create a non-profit marketplace platform, the investor mindset just did not apply here. Unfortunately, Maks and his COO Pedro have experienced similar reactions over the subsequent years at various travel conferences as the industry continued to struggle with understanding the role of blockchain could play in travel distribution and settlement.

Maks is truly a visionary and an unapologetic idealist. On numerous early executive council calls, advisors were often treated to passionate discussions where Maks did his best to educate us on the key differences between an open blockchain and closed distributed ledger technology (DLT). The bottom-line difference is control, where the role and power of the middleman is eliminated in the open public blockchain while the use of private DLTs are designed to maintain the current role of intermediaries. If you don’t understand the basics of blockchain, check my presentation at Phocuswright 2017.

Support from airline and hotel distribution disruptors such as Lufthansa, Air France/KLM and Nordic Choice Hotels helped provide credence to Winding Tree’s efforts. On the edge of the coming “crypto winter” which begin in early 2018, Winding Tree was able to raise approximately $1.5 million to build the Winding Tree open distribution platform.