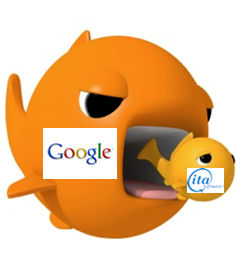 A lot has been written about the possible acquisition of of ITA Software by Google since it first appeared in the press last week.  The travel technology blogosphere has been active with all sorts of speculation.  Before I give you my take on the potential $1Billion buyout, I thought I would summarize some of the current themes that have already been mentioned by others:

All agree that the acquisition would be big news for travel distribution.  If it does happen, both major search engines will have embedded travel meta-search as part of their core function.  There is of course contractual issues for Bing!, Kayak, Fly.com and Trip Advisor as all use ITA Software. The ability of independent meta-search players such as Kayak to compete in a Google dominated world is questionable.  I guess that is why Google named Kayak as a competitor in their 2009 annual report. Some have speculated that Google may even compete with the GDS by providing more direct distribution for the airlines.  If Farelogix was added to the mix, this could get very interesting.

In reality all this speculation is really, as Gene Quinn put it. “inside baseball”.  We in the industry can imagine all sorts of permutations from this potential acquisition, but it is most likely primarily based on the first bullet point, connecting search for information with fares and inventory.  We all await more details as this story unfolds.