Graphical User Interfaces (GUIs) were first introduced to the public with the original Apple MAC  in 1984. The MAC as well as the first version of Microsoft Windows were actually based on technology developed by Xerox PARC back n the early 1980s. The GUI became mainstream with the introduction of Microsoft Windows and by the early 1990s most consumers were accustomed to using a mouse to navigate icons on the desktop. Given this historical perspective it may seem odd that the majority travel agents still work on native GDS cryptic formats. 2010 has seen the introduction of new Web based POS platforms from the three major GDS, Amadeus, Travelport (not yet released) and Sabre.

Could 2010-2011 be the years that travel agents finally move to a more modern desktop? It is important to note that these platforms also allow the agent to use the standard cryptic formats and most have been created to incorporate existing scripts, so it may not be a complete transition to a GUI for some agents. Planet Sabre, the industry’s first Internet-enabled application for travel agencies, was introduced in early February 1997, but was never widely adopted. GUI interfaces from 3rd parties such as TRX, Pass Consulting and others also failed to gain broad market acceptance. So what’s changed?  I believe there are three  primary drivers that will make the new Web-based agent POS gain market acceptance over the next few years: 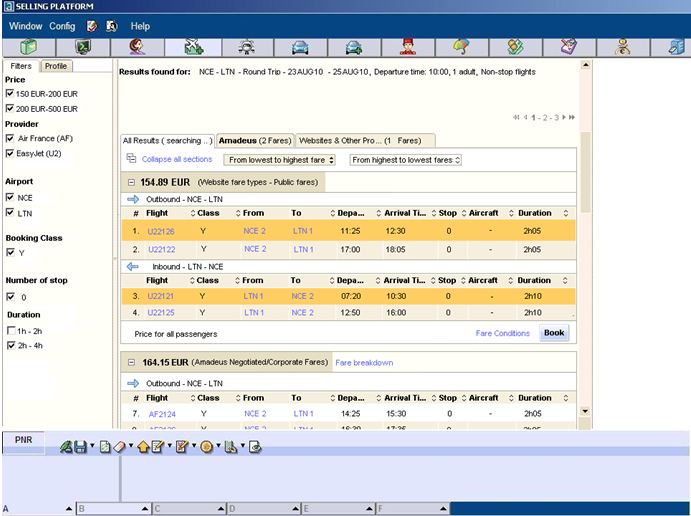 1) The Fragmentation of Content-  According to an ASTA survey nearly 81% of the agents said they have booked directly on a supplier’s Web site without using a GDS or calling the supplier. Air and hotel are the components most likely to be booked online.In Europe with the majority of hotels independent, the addition of rail as an option and the growth of LCC in all markets, fragmentation of inventory is a reality. A Webtop interface will allow the integration of disparate inventory pieces in a more productive manor.

2) Staffing Challenges – Contrary to common wisdom, travel agents have not been put out of business by the Internet. But this perception has narrowed the employment pool for new agents. GUI interfaces allow travel agencies to hire new agents who no longer need to know complex GDS formats, but who possess superior customer service skills. 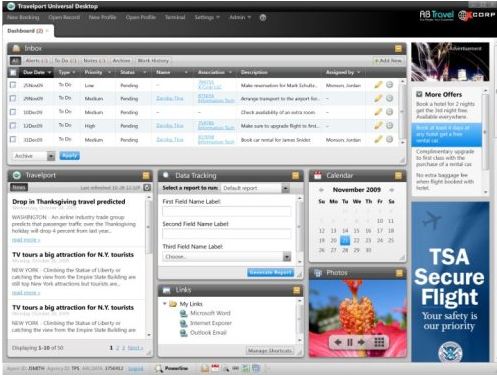 3) Airline ancillary fees- The extra charges for baggage, meals, pillows and preferred seats has complicated the travel selling process. Though GDSs such as Sabre have introduced cryptic format solutions for the ancillary fees, they and the other GDS agree that the level of complexity created by airline ancillary fees is better suited for a GUI interface.  The amount of complexity will likely to increase as airlines expand their merchandising efforts.

The GDS are not the only providers of Web-based multi–source agent desktops. My colleague at PhoCusWright, Bob Offutt is publishing a piece next month for the Innovation Edition comparing various third party multi-source POS systems.