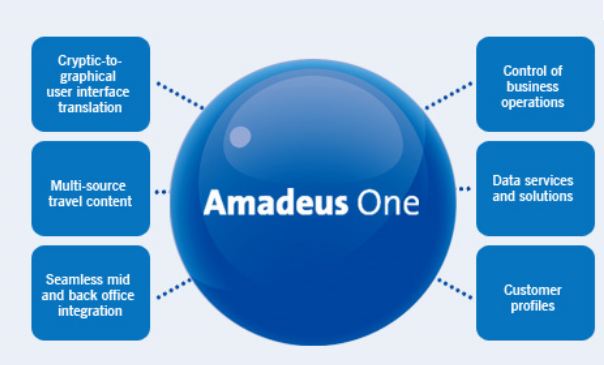 During a briefing today with Amadeus they disclosed the fact that their launch customer for Amadeus One, their new Agent desktop platform is not currently an Amadeus GDS client. The Amadeus One application allows agents to use cryptic formats from any of the major GDS or a graphical user interface to create fare and availability queries. The fare and schedule information is returned in a “sandbox” allowing the agent to manipulate fare quoting in a variety of ways from a variety of sources. For years, Amadeus has been promoting the fact that they are an IT company, not simply a GDS transaction engine. By selling the Amadeus One platform to non Amadeus GDS customers, this does point to truly a change in posture in the market. Now one could speculate that this is simply a competitive necessity to compete with Travelport’s Universal Desktop and Sabre’s Red. The opportunity for the GDS as an IT provider to significantly change the market is more dramatic, but it depends solely on the TMCs willingness to embrace new channels.

An clear battlefield has emerged between the Axis Group of airlines who are promoting the Farelogix XML interface and the traditional distribution players. The corporate travel market represents the true pot of gold for all distributors with the highest yield and frequency of travel and this segment is still controlled by TMCs. Contrary to other industries the big four  TMCs – American Express, Carlson Wagonlit, BCD Travel and HRG do NOT control 80% of the corporate market, with a variety of regional TMCs still thriving despite these difficult times. The real corporate battle lines are with these 2nd and 3rd tier TMCs. When asked whether Amadeus One could connect into the Farelogix XML feed, Amadeus said it was capable of doing this, but it would require the TMC to request this enhancement. The real question is what is going on behind the scenes between the GDS and their TMC customers. In a traditional relationship, the GDS provides financial incentives to the TMC to book segments with that GDS. But in the case where the GDS is providing the front-end technology to a competitor GDS, this incentive does not seem to be a factor. It is then logical to assume that source content should not matter and thus the XML feed from Farelogix should be part of the mix. The value of adopting the Farelogix XML is immediate access to all participating airlines’ ancillary fees. American and recently Delta Airlines have stated that they want to control price and services on a one to one transaction level based on the value of the customer. This would be facilitated through the Farelogix XML. Time will tell whether this represents a change in positioning  for the GDS or a true opening up of distribution sources. TMCs the ball is in your court.