Who Pays for the Needed Upgrade to Travel Distribution?

Will Med-Tech Save the Travel Industry from Covid-19?

Who Pays for the Needed Upgrade to Travel Distribution? 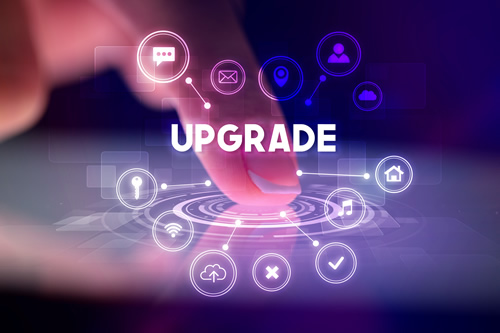 As we are in the midst of one of the most devastating events in the history of the travel industry, the Covid-19 pandemic, you might find it odd time for me to write a blog article about the need to upgrade technology infrastructure for travel distribution.  No one has any money, not the airlines, the GDS, the OTAs or the TMCs.  Even the newer NDC aggregators and next generation TMCs are challenged with a lack of revenue and struggling to find investment for future tech enhancements. How can anyone think of investing in new platforms while the industry suffers through one of the worst six months in the history of modern air-based travel?

As I stated in some prior blogs, it is often during severe industry disruption that change occurs.  Remember Expedia came into prominence after the 9/11 to grow to dominant online travel by the mid-2010s and Airbnb and Uber came out of the Great Recession in 2008 to emerge as of major disruptors in travel. Those who sit by the sidelines during the pandemic and in turn decide to wait until the market improves to make a tech investment, frankly, may simply not survive as the pandemic continues to devastate the industry through the end of 2020.

Why does the infrastructure need to be changed anyway?  When I conducted my extensive NDC research last year, this is a common refrain I heard especially from some very large TMCs and OTAs.  Well, this is certainly a matter of perspective.  The fact that airlines who for years suffered severe losses while the GDS, OTAs and TMCs generated profits certainly has caused friction since the airline divested ownership of the GDS. It is important to note that the very fees paid by the airlines and other suppliers to the GDS has been a significant source of the GDS, OTA and TMC profits.  I doubt any airline distribution executive would state that the today’s travel distribution infrastructure fully meets their needs. A similar refrain could be voiced by hoteliers especially independent properties that have a historic love/hate relationship with OTAs. So how can part of the industry be so satisfied with the traditional infrastructure while other parts want dramatic change?

A prime factor causing this change is the desire for suppliers to have greater intimacy with their customers and provide more personalized offers.  Traditional intermediaries often limit the amount of information received by a supplier about the customer. In the case of the airlines who want to shift the control of the quote from GDS to the airline, this lack of customer insight acts as a barrier to more personalized offers.

Another factor is the need to tie compensation to performance.  In the current GDS driven compensation model, OTAs and TMCs traditionally are compensated by segments booked through their GDS provider.  Simply meaning that a trip in the lowest fare cabin between SFO-LAX is treated the same as a Business Class segment SFO-LON.  Clearly, we need a compensation formula that reflects the value of the transaction to the supplier.

Of course, the one entity every stakeholder in the travel industry value chain must keep in mind is the customer. If we continue to see fragmentation of airline and hotel supply through different direct and indirect channels, the ultimate loser is the customer.  With most corporations experiencing between 20% to as high as 40% leakage of their managed travel programs to not only supplier sites but OTAs as well, the search by the business traveler for the lowest fare combined with actual lower fares available through different channels, will accelerate this trend as business travel slowly returns.  In the leisure market will we likely see massive sales this Fall designed to get travelers back into the skies, again available through some channels but not all.

But I need to return to the major theme here, who is going pay for this change?  Intermediaries need to recognize the fact that compensation in the form of GDS segment kickbacks is an inefficient incentive method and thus is not sustainable. Anticipating that this revenue will return when travel returns misses the disruptive change happening with travel distribution.

I will make some predictions here.

OK Norm, so this all fine and well, but I am struggling just to survive.  I can’t pay my employees and all my revenues have dried up, what should I do? The sad truth is that there will be significant number of travel companies that will not survive the upheaval caused by the pandemic.  Those who have not had a dedicated fund for tech spending are most vulnerable.  Just as bringing back customer service is a priority for the industry as travel begins to rebound, a dedicated focus needs to be on tech stack redesign and investment. The message here is that those without a technology strategy around travel distribution that embraces new technologies and platforms will be more of risk as other sources of revenue such as GDS rebates disappear and clients are lost due to a lack of full inventory or competition from more nimble players. Often all it takes is a dedicated resource whose job is to evaluate and experiment with new tech alternatives. If this is staff you have laid off, prioritize their return.  If you want to survive you must invest in the future!