Airlines and GDS Battle in Court

DOJ Approves Google ITA – What does it mean?

Airlines and GDS Battle in Court 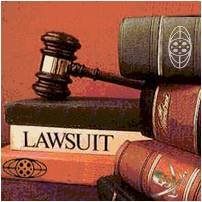 The news this week that USAir has filled a suit against Sabre based on violations of the Sherman Anti-Trust Act comes on the heals of a similar lawsuit filled by AA against Travelport last week. These lawsuits may foretell serious disruption to the traditional travel distribution ecosystem. Most observers would agree that the GDS have been an oligopoly for some time and certainly a monopoly in specific geographic areas. This has been the case since the airlines divested of GDS ownership in the late 1990s and early 2000s. Then why now are USAir and AA suing the GDS over anti-competitive practices?  This is particularly ironic considering that USAir recently renewed their agreement with Sabre. There was clearly some tension in that agreement with an immediate dispute emerging around the nature of the technological innovation associated with the deal.

The issue has always been around costs. The airlines pay the GDS  (on average) close to $3 per segment from US point of sale and sometimes as high as $7 per segment for non-US originating point of sale bookings. With the average record having about 4 segments that adds up to $12- $28 per itinerary. The GDS then use a portion of these funds for financial assistance payments to the travel agency community.  The travel agents generally do not pay the GDS for their technology. These lawsuits are not only bringing to the surface the fact that GDS market power locks travel agents into agreements, it has brought to attention to the general public this revenue stream for travel agents clearly a target of the airlines for many years. A particular focus of the lawsuit is on the corporate travel industry, where TMCs are very GDS-dependent and where the financial assistance helped many TMCs remain profitable despite the economic recession.

I was hopeful we were seeing an era of emerging détente as more airlines signed agreements with the GDS. For some time I believed that the idea of a major airline pulling out of a GDS, or forcing distribution to pay a fee for acess was simply postoring by the airlines during the negotiation process.I now believe this is not just a negotiiation position, but a clear strategy to disrupt the money flow that has existed for years. Farelogix which provides the direct connection standards and platform for alternative distribution is gaining momentum with Delta now joining the other major US carriers with an agreement this week.  Farelogix does not really offer anything the GDS could not from a technological perspective, in other words the GDS are certainly capable of using XML versus EDIFACT for their direct connections to the airlines, it is really is about price and gaining greater control over customer insight and marketing efforts.

Despite all the vocal protests from various industry groups, the DOT has deferred the issue of forcing the airlines to provide the GDS the ancillary services they are offering customers. Some of the airlines are withholding ancillary fees from the GDS as part of their negotiation leverage to force lower distribution costs through the Farelogix platform.  As I mentioned in an earlier blog, a hybrid solution mixing GDS and Open Axis Group (Farelogix) information for ancillary may be one possible future, but given the seriousness of these lawsuits, I believe we will be entering a period beginning this Fall of 2011, where air content will become fragmented particularly causing problems for TMCs who are tied to the GDS as their main platform for distribution. Corporate self booking tool vendors such as Rearden Commerce are hooking into the Farelogix alternative distribution platform, so independent self-booking tools will likely survive this disruption. It is those TMCs that have resisted self-booking and still process the majority of transactions by ph0ne through the traditional GDS that will feel the most pain. This will come in the form of missing content, added fees and loss of financial incentives.

I do not believe the GDS are destined for extinction, but those who are truly abandoning the traditional TPF mainframe environment are better positioned to compete in this new distribution world, to lower their own internal operating costs, provide greater customer targeting and thus may be better positioned to survive this storm in the long term As Google implements ITA and general search becomes meta-search, we may see even greater presure on the traditional system especially if Google were to opt to connect into the Farelogix platform. The increased use of mobile technology as a marketing platform by the airlines will also act as a catalyst for more direct airline/corporate traveler offers. It should be an interesting next 8-12 months.